On March 18, 2020, FINRA barred FA James Daughtry for his refusal to appear for an on-the-record interview, which is akin to a deposition.  Daughtry consented to the bar from the securities industry by executing the Letter of Acceptance, Waiver and Consent (AWC) in Department of Enforcement v. James Blake Daughtry, Matter No. 2020065293201.

According to BrokerCheck, Daughtry entered the securities industry in 1999.  He registered with Kestra Investment Services, LLC in February 2015 and remained with Kestra until his termination in March 2020.  James Daughtry worked from a branch located in Dothan, Alabama.

END_OF_DOCUMENT_TOKEN_TO_BE_REPLACED 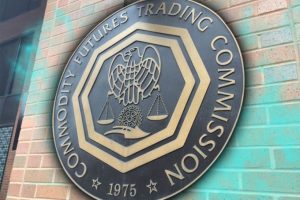 Receiving a subpoena from the U.S. Commodity Futures Trading Commission often causes panic by the recipient given the civil and criminal penalties associated with Commodities Exchange Act violations.  The recipient may have no advance notice of the subpoena and may be unaware if they are a target of the CFTC’s investigation or merely an individual or company that possesses records of interest to the government.  This blog post outlines appropriate steps to take upon receipt of a CFTC subpoena.

The Staff of the CFTC is empowered to initiate investigations of persons and companies suspected of having violated the Commodity Exchange Act.  The Staff generally receives documents from voluntary productions and use of compulsory process (meaning, the issuance of subpoenas).  Any request for a voluntary interview or the voluntary production of documents requires serious consideration and consultation with counsel.  The Staff’s reach can extend internationally.  The CFTC has Memoranda of Understandings with various foreign authorities, which enables the CFTC’s staff to obtain documents without resort to use of subpoena power.

END_OF_DOCUMENT_TOKEN_TO_BE_REPLACED

In Next Financial Group, Inc. v. GMS Mine Repair and Maintenance, Inc., Case No. 3:19-cv-168 (USDC W.D. Pa.), the federal court was asked to define the term “customer” as it relates to FINRA’s Code of Arbitration Procedure.  The definition of that term carries significance because “customers” can compel a member firm to participate in FINRA arbitration whereas non-customers cannot.  In the case at hand, GMS Mine Repair had no account with Next Financial and received no goods or services from Next Financial itself.  This case bears some significance because the court compelled arbitration even though GMS Mine Repair was nothing more than an investor in the FAs outside business activity.

The case arose from a supposedly fraudulent investment scheme perpetrated by Douglas P. Simanski, a former registered representative of Next Financial Group.  According to BrokerCheck, Next Financial terminated Douglas Simanski in May 2016 because “RR sold fictitious investment and converted funds for his own personal use and benefit.”  Mr. Simanksi currently has 30 disclosures on his BrokerCheck report, reflecting numerous settled customer claims.  On November 2, 2018, the SEC filed a complaint against Mr. Simanski alleging that Simanksi “raised over $3.9 million from approximately 27 investors by falsely representing he would invest their money in one of three ventures:  (1) a ‘tax free investment’ providing a fixed return for a specific number of years; (2) one of two coal mining companies in which Simanski claimed to have an ownership interest; or (3) a rental car company.”  According to BrokerCheck, the SEC ultimately barred Simanski and Simanski plead guilty to criminal charges filed by the U.S. Department of Justice.

END_OF_DOCUMENT_TOKEN_TO_BE_REPLACED

On March 11, 2020, FINRA charged an FA with structuring cash transactions in his personal bank account so as to evade reporting requirements.  This case is worth a read because it highlights FINRAs commitment to pursue AML and AML-like cases.

END_OF_DOCUMENT_TOKEN_TO_BE_REPLACED

This is a classic case of buyer’s remorse.  In the case at hand, FA Jeffrey Mohlman settled with FINRA by executing a letter of Acceptance, Waiver and Consent (called an AWC) and, in so doing, agreed to a bar from the securities industry.  Apparently displeased with his decision, he filed an action in court seeking almost $900,000 in damages by claiming that FINRA “committed fraud by inducing Plaintiff to fail to testify at a second disciplinary interview, thus allegedly fraudulently avoiding an alleged requirement that Defendants consider mitigating factors in the Plaintiff’s disciplinary case…”   Mohlman’s claims received a chilly reception by the U.S. District Court for the Southern District of Ohio (Mohlman v. FINRA, et al., Case No. 19-cv-154), which granted FINRA’s motion to dismiss on February 24, 2020.

Mohlman entered the securities industry in 2001.  In March 2015, Mohlman’s then-employer, Questar Capital Corporation, terminated his registration and filed a Form U5 claiming that Mohlman “resigned while under internal review for failure to follow firm policies and procedures regarding his participation in private securities transactions.”  FINRA then launched an investigation and requested his appearance at an on-the-record interview (OTR) on September 11, 2015.  On September 9, 2015, Mohlman’s lawyer informed FINRA that Mohlman received the OTR request but would be declining to appear.  On September 17, 2015, Mohlman signed an AWC in which he agreed to a bar from the securities industry and waived various procedural rights.

END_OF_DOCUMENT_TOKEN_TO_BE_REPLACED 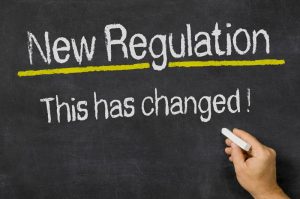 Virginia recently added Section F to 21 VAC5-80-200 (Dishonest or Unethical Practices), which provides:  “For purposes of this section, any mandatory arbitration provision in an advisory contract shall be prohibited.”

END_OF_DOCUMENT_TOKEN_TO_BE_REPLACED

Courts call a lifetime bar “the securities industry equivalent of capital punishment.”  PAZ Sec. Inc. v. SEC, 494 F.3d 1059, 1065 (D.C. Cir. 2007).  It is a draconian measure which not only permanently removes you from the securities industry but also subjects you to “statutory disqualification” under Section 3(a)(39)(A) of the Securities Exchange Act of 1934 and all the collateral consequences that come with it.

Given the seriousness of a lifetime bar, a recently released AWC presents an alarming fact pattern in which a supervisor was barred due to the transgressions of an FA he failed to properly supervise.  Let’s consider the case of Michael Leahy, FINRA Case No. 2019063631802.  The question is, why did FINRA go after the supervisor with guns blazing?

END_OF_DOCUMENT_TOKEN_TO_BE_REPLACED

This blog post looks at an interesting FINRA arbitration award issued on January 7, 2020:  Daniel Paul Motherway v. UBS Financial Services, Inc., FINRA Arbitration No. 17-02799.  This case seems to prove the old adage:  a man who is his own lawyer has a fool for a client.  Here we have an FA who proved, quite literally, that UBS defamed him, but was nonetheless ordered to stroke a check to UBS for more than $1 million.

On June 28, 2017, UBS fired Motherway and offered the following termination explanation on BrokerCheck:  “Financial Advisor’s employment was terminated after review concluded that he made false claims of merchant fraud on his personal credit and debit cards to an affiliate of the firm and made conflicting statement during the review.”

END_OF_DOCUMENT_TOKEN_TO_BE_REPLACED

On January 3, 2020, FINRA released an AWC for Robert James D’Andria, Case No. 2017056579502.  At first blush the AWC seems rather plain vanilla.  The FA recommended high-risk products, in this case leveraged and inverse exchange-traded notes and funds, to retail investors and FINRA deemed those recommendations to be unsuitable.  FINRA suspended the FA for 2 months and fined him $5,000.

In a typical suitability case, FINRA would claim that the account was over-concentrated in a given sector, or the position was too large relative to the portfolio as a whole, or the account was over-traded, or the investment was inconsistent with the investor’s stated investment objectives.  And, in a typical case, FINRA would claim that the customer suffered meaningful losses.

END_OF_DOCUMENT_TOKEN_TO_BE_REPLACED

Things get interesting when analyzing the procedural rulings of this case.

Motion to Bar Presentation of Defenses and Facts