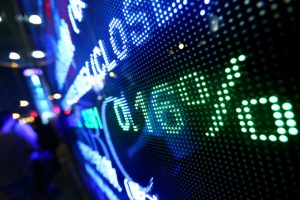 What is a securities dealer?  The answer is more complicated than people might think.  On August 2, 2022, the SEC announced that it had reached a settlement with a Long Island firm, Crown Bridge Partners, LLC (“Crown Bridge”) and the two brothers who owned the firm Soheil and Sepas Ahdoot, for failing to register as a dealer.  As part of the settlement, the Defendants agree to pay disgorgement and prejudgment interest of $8,390,601.27 and a civil penalty of $810,307, and to a five-year penny stock bar.

According to the SEC’s complaint, Crown Bridge purchased approximately 250 convertible notes from approximately 150 penny stock issuers.  In all, during the Relevant Period, Crown Bridge sold into the public markets approximately 35 billion shares of unrestricted, post-conversion shares of penny stock issuers, for millions of dollars in profits.  Soheil and Sepas initially found companies interested in issuing convertible notes by reviewing OTCMarkets.com, a website that includes a news feed of SEC filings and press releases from penny stock issuers.  They used the website to identify issuers that appeared to need or had expressed a need for financing. They then cold called the issuers directly.  Over time, as Crown Bridge grew its business and became known in the industry, issuers, brokers, and finders reached out directly to Soheil and Sepas to seek funding.

Absent their apparent failure to register Crown Bridge as a Dealer under Exchange Act Section 15(a) [15 U.S.C.§ 78o(a)], Soheil and Sepas executed what appears to have been a very shrewd and successful business plan.  Crown Bridge purchased convertible notes directly from penny stock issuers.  They negotiated the terms of the notes that led to millions of dollars in profits when the notes were converted into shares of stock.  The notes typically contained terms that were highly favorable to Crown Bridge and reduced Crown Bridge’s exposure to market risk such as a conversion discount ranging from 25% to 50% to the prevailing “market price,” a term the notes typically defined as the lowest trading price, or lowest closing bid price, of the issuer’s common stock during the 10 to 25 days on or before the date of the conversion notice.  Also critical was Crown Bridge’s right to convert the notes in increments, enabling Crown Bridge to convert what it could sell immediately, while shielding the remaining balance from exposure to market price movements.