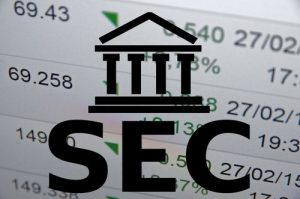 It has long been clear that the SEC opposes 12b-1 fees, the fees that funds use to compensate investment advisors for their sales and marketing efforts.  For the past two decades, the SEC has embarked upon various attempts to repeal Rule 12b-1 or render it meaningless.  The SEC, however, has never been able to build the political will to amend or repeal Rule 12b-1 and it remains the law.

The SEC’s latest attack on 12b-1 is a classic example of rule-making by enforcement.  On February 12, 2018, the SEC issued a press release announcing its new Share Class Selection Disclosure Initiative (SCSD Initiative).  The SCSD Initiative relies on Section 206 of the Investment Advisers Act of 1940 (the “Advisers Act”) which imposes a fiduciary duty on investment advisers to act in their clients’ best interests, including an affirmative duty to disclose all conflicts of interest.  When an adviser receives 12b-1 fees from a mutual fund it presents a possible conflict of interest if a less expensive share class is available.  Prior to the SCSD Initiative, the industry standard was to disclose this conflict of interest in a straight forward manner.

The SCSD Initiative and subsequent guidance put out through FAQs has effectively amended 12b-1 by requiring disclosure of:

Under the SCSD Initiative, the Enforcement Division recommended standardized, “favorable” settlement terms to investment advisers that self-reported failure to disclose conflicts of interest associated with the receipt of 12b-1 fees to advisory clients when a lower-cost share class of the same mutual fund was available.  Enforcement Division also required self-reporting advisers to disgorge fees to the allegedly harmed clients, but did not impose a civil monetary penalty.  The press release also warned that the SEC expected to recommend stronger sanctions against any investment advisers that failed to self-report.   As the Co-Director of Enforcement put it: “we promise that if we find [an adviser] later we will punish [it] more severely.” S. Garmhausen, SEC to Advisors: Don’t Test Us, Barron’s (Mar. 2, 2018).

The SCSD Initiative was an extremely useful weapon in the SEC’s war on 12b-1 fees.  Within a year, 79 investment advisers self-reported their disclosure “violations,” entered into settlements with the SEC, and refunded more than $125 million.  To date, 95 firms have reached settlements and disgorged roughly $140 million.

Herskovits PLLC has a nationwide practice defending against SEC investigations and adversarial proceedings.  Feel free to call us at 212-897-4310 for a consultation.