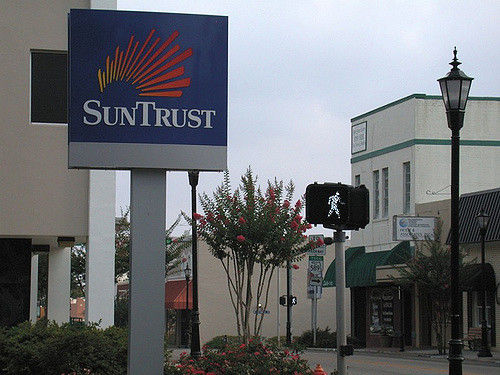 The SEC has made a “preliminary determination to recommend that the SEC bring an enforcement action against [SunTrust].” If these were to materialize, the financial institution could face hefty penalties and extensive losses in connection with its investment business.

Additionally, its fast-track privileges for the issuing of securities might be revoked for three years.

The SEC has become increasingly active in exposing banks that routinely make self-serving recommendations to their inadvertent customers. J.P. Morgan paid $267 million in 2015 to settle charges similar to those that might be brought against SunTrust.

Atlanta-based SunTrust allegedly purchased certain mutual funds that charged costly annual marketing fees, on behalf of clients, when there were more convenient alternatives involving no such fees. The fees may have meant a higher commission for the bank’s investment arm, which renders its recommendations to customers potentially self-serving in retrospect.

If the charges were to be substantiated, they would constitute a violation of the federal Investment Advisers Act, which establishes that SEC-registered money managers must always act in their clients´ best interest.

Recently the Department of Labor introduced a similar rule for investment recommendations pertaining to 401(k) and other similar retirement accounts. Set to come into effect on April 10th, the new regulation is not favored by President Trump’s administration, and it will likely encounter delays.

According to SunTrust´s recent SEC filing, its Investment Services arm collected under $5 million in fees in connection with the alleged misconduct. But the biggest risk for SunTrust right now goes beyond any potential penalties, as the bank might greatly suffer from a possible loss of its trusted securities issuer status.

An inability to issue bonds and stocks with fast-track approval from SEC might result in unforeseen losses for the 1985-founded financial institution.

SunTrust operates about 1,400 bank branches across eleven states and Washington, D.C. The bank has over 24,000 employees. Its services include investment and mortgage banking, wealth management, and capital market operations.

In 2005, SunTrust had been the target of a SEC probe over its allegedly faulty methods for calculating loan losses. At the time, SunTrust recognized it had not sufficiently tested new methods before implementing them, and it ended up firing its chief credit officer plus two other executives.

Take quick action if your firm is targeted by the SEC for enforcement. By the time you hear about it an SEC team is already preparing the case against you – a proactive defense can head off or at least minimize serious consequences. Call a Herskovits Law 20+ year experienced SEC regulatory defense lawyer to confidentially learn your options. 212.897.5410