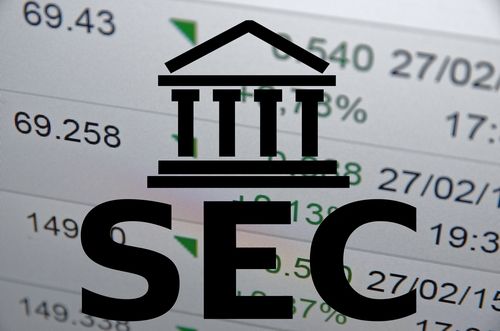 The SEC is not used to losing a case in-house, but that is precisely what happened on April 18th, when Judge James Grimes dismissed the insider trading allegations against Charles L. Hill of Atlanta. Hill had made a sizable profit by buying shares of Radiant Systems Inc. right before an acquisition by NCR Corp, and selling them right after the deal was announced.

There has been much criticism of the SEC´s administrative proceedings. Critics believe they are not fair to defendants because there are no juries, the number of depositions is limited, and judges are, after all, on the SEC´s payroll. Considering how rare it is for defendants to win a case against the SEC in-house, Hill´s victory may also be seen as a victory for critics of this practice.

Hill had been litigating for over a year to avoid being pursued through an in-house administrative proceeding, but an Atlanta appeals court had allowed the SEC to move forward with its plan.

It was in 2015 that the SEC first brought an administrative proceeding in which Charles L. Hill was named as a Respondent, alleging insider trading. According to the allegations, the COO of RADIANT SYSTEMS tipped off a friend, who later tipped off Mr. Hill about a tender offer from NCR Corp to acquire RADIANT. On July 11th, 2011. Hill, who purchased shares before the announcement of the acquisition and made a sizable profit, claimed he had not been tipped off.

Between May and July 2011, “John Heyman, Andrew Heyman, and other senior officers at Radiant were involved in active negotiations with NCR Corporation regarding the latter’s acquisition of Radiant.”  On July 11, 2011, Radiant’s board accepted NCR’s offer. Over the same period, Hill purchased more than $2 million of Radiant’s stock, which he shared with his daughters. On July 12, 2011, Hill sold all the shares, gaining in excess of $740,000 in profits.

The trade prompted a Division of Enforcement investigation, which concluded that Hill had been in possession of “material, nonpublic information about Radiant’s potential.” The SEC found out that the dates of Hill´s purchases of Radiant stock were rather suggestive: first at the beginning of negotiations with NCR and later when the corporation started conducting due diligence on the deal. The agency also noted that Hill had never before acquired any Radiant stock.

The Division of Enforcement theorized that Heyman informed Murphy, and Murphy in turn informed Hill about the imminent acquisition of Radiant by NCR. Hill was charged with “violating statutory and regulatory prohibitions on trading while in possession of material, nonpublic information about a tender offer.” The recent decision reached with Administrative Law Judge James E. Grimes presiding,  stated that there is no evidence that information about the tender offer was exchanged illicitly by the parties, and concluded that the charges against Hill should be dismissed.

According to Grimes, “The division argues that I should infer that both (Heyman) and Murphy were lying, In light of their credible testimony denying the division’s allegations, the division has not carried its burden of proof… While Hill may have possessed certain information about Radiant, there is no evidence that he received any information from Murphy or that Murphy ever had any knowledge of the negotiations between NCR and Radiant.”

The founder of Patriarch Partners, Lynn Tilton, is currently awaiting a decision following a proceeding before a SEC in-house judge. Like Hill, Tilton has complained that these types of proceedings are unconstitutional. Tilton is accused of defrauding investors by misrepresenting loan information in order to retain $200 million in management fees.