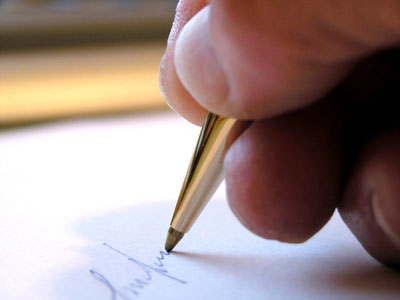 On January 30, 2013, we sent FINRA a comment letter concerning the controversial proposed rule which would require disclosure of all “enhanced compensation” – forgivable loans, up-front bonuses, back-end bonuses, and the like – to customers. For those opposed to the proposed rule, the comment period is open until March 5, 2013. The text of our comment letter is set forth below:

This letter comments on FINRAs proposed rule to require disclosure of purported conflicts of interest relating to recruitment compensations practices. See Regulatory Notice 13-02. We oppose the proposed rule for three reasons. First, the proposed rule is overly broad and goes far beyond the discrete concerns expressed by the Securities and Exchange Commission in August 2009. Second, Regulatory Notice 13-02 speaks of “conflicts of interest” in “enhanced compensation packages” without providing any support – special studies or otherwise – to buttress FINRAs conclusion. Third, the proposed rule runs roughshod on legitimate expectations of privacy that financial advisors should enjoy with respect to their income. For purposes of this comment letter, only the first objection noted above requires further amplification.

Concerns Expressed by the SEC

On August 31, 2009, former SEC Chairman Mary L. Schapiro issued an open letter to certain broker-dealers expressing concern that “[c]ertain forms of potential compensation may carry with them enhanced risk to customers.” With regard to the enhanced risk, Chairman Schapiro offered but one example: “if a registered representative is aware that he or she will receive enhanced compensation for hitting increased commission targets, the registered representative could be motivated to churn customer accounts, recommend unsuitable investment products, or otherwise engage in activity that generates commission revenue but is not in investors’ interest.” Thus, the only publicly expressed concern of the SEC centered on “increased commission targets” given to new recruits.

Overreach by FINRA in Response to the SEC’s Concerns

The proposed rule contains only two carve-outs: no disclosure is required if the enhanced compensation is less than $50,000 or the customer meets the definition of an “institutional account.”

The obvious question is this: why is FINRA proposing disclosure of all enhanced compensation whether or not the new recruit’s compensation package includes “increased commission targets”? Given the sensitive nature of an individual’s compensation, it would seem that FINRA should satisfy the SEC’s concerns – e.g., disclosure of increased commission targets – without requiring additional disclosure. If FINRA is concerned about an industry practice, it would seem appropriate to first express that concern to the member firms and allow the industry to address the concern before seeking approval of a sweeping and controversial rule.

If FINRA has concluded that any form of enhanced compensation creates a conflict of interest, then FINRA should justify that position to permit meaningful comment on the proposed rule. Instead, FINRA has taken a discrete concern expressed by the SEC and used that as a launching pad to seek approval of an expansive rule. FINRAs proposed rule is overly broad and should be narrowed to address only legitimate regulatory concerns.