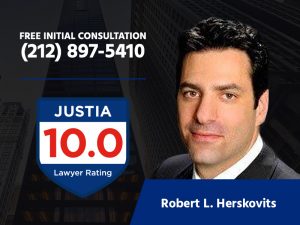 FINRA operates the largest securities dispute resolution forum in the United States.  Virtually all disputes between customers and brokerage firms are resolved by arbitration before FINRA.  Similarly, virtually all disputes between employees and brokerage firms are likewise resolved by arbitration before FINRA.

It is common in any arbitration that a party may seek documents or testimony from a non-party.  If the non-party is a FINRA member or an employee of a FINRA member, the arbitrators are free simply to “order” that person or company to testify or supply documents (FINRA Rule 12513).  However, does the jurisdiction of FINRA arbitrator extend to companies or persons that are not FINRA members or employees of FINRA members? The answer is, kind of sort of yes, but with some wrinkles.

Let me explain and take it from the top.  First, the laws in the United States favor arbitration.  The Federal Arbitration Act (ʺFAAʺ), 9 U.S.C. § 1 et seq., ʺreflects a legislative recognition of ʹthe desirability of arbitration as an alternative to the complications of litigation.ʹʺ  Genesco, Inc. v. T. Kakiuchi & Co., 815 F.2d 840, 844 (2d Cir. 1987).  Thus, one question is:  does FINRA even have a rule which permits an arbitrator to issue a subpoena to a non-member or an individual not employed by a member?  The answer is, yes:  FINRA Rule 12512 states, “Arbitrators shall have the authority to issue subpoenas for the production of documents or the appearance of witnesses.”

Ok, so the next question is:  what happens if the recipient of the subpoena refuses to comply?  The answer to that question is found in two places.  First, the answer is found in the FAA.  Second, and importantly, the answer changes depending upon which court is interpreting the FAA.

The language of the FAA is pretty clear.  Section 7 states:

This blog post is limited to an analysis of  in federal court, under the FAA.  The analysis changes upon consideration of state laws.  Some state statutes explicitly grant arbitrators the power to issue pre-hearing document production subpoenas on third parties See, e.g., 10 Del.Code § 5708(a) (2003) (“The arbitrators may compel the attendance of witnesses and the production of books, records, contracts, papers, accounts, and all other documents and evidence, and shall have the power to administer oaths.”); 42 Pa.C.S.A. § 7309 (“The arbitrators may issue subpoenas in the form prescribed by general rules for the attendance of witnesses and for the production of books, records, documents and other evidence.”).