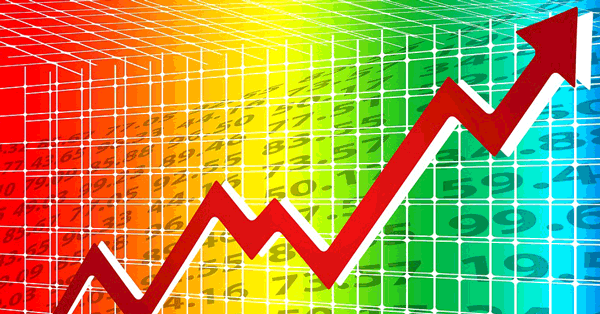 Oliver coined the hashtag #CraefulGang, a play on the popular caption #HODLGang, well known to cryptocurrency enthusiasts. Where a drunken BitcoinTalk poster had advised investors to “HODL” (a typo for hold), Oliver warned them to be “Craeful” and do their own research before giving their savings to obscure ICO companies making wild claims.

Before the SEC zeroed in on the cryptocurrency investment space, announcing that it viewed ICOs as securities and issuing subpoenas left and right, the market was more akin to the Wild West than to Wall Street.

Increased scrutiny has brought numerous scandals, including several arrests. The new scenario is likely to have deterred many an unethical newcomer from raising millions of dollars from investors based on unsubstantiated claims about the next big digital coin.

While Bitcoin has rarely been the choice of the most cautious investors, ICOs are uncharted territory.

The Reddit experts and flamboyant speakers at cryptocurrency conferences mocked by Oliver have created a bubble that is now under threat from regulators, and that has greatly hurt companies looking to enter the market in good faith.

Both the SEC and the CFTC have made it clear that they will do everything in their power to protect retail investors from bad players.

As billions of dollars of private equity flow into ICO endeavors, funding the development of digital currencies that may never take shape, investors often act on instinct and fail to do sufficient research into the CEOs and marketers soliciting their hard-earned dollars.

As regulators adapt to the new landscape and establish new rules and practices, retail investors must, indeed, be “craeful.”

One of the most fascinating bits of Oliver’s show featured an excerpt of a commercial for ICO advertising services promising to multiply investments by 1,000 in a matter of hours, by the sheer power of online ads and social media posts.

“Investors should understand that to date no initial coin offerings have been registered with the SEC. If any person today tells you otherwise, be especially wary,”

There are numerous cases of false advertising gone badly.

One of the most prominent among them is that of Texas-based Arisebank, which was endorsed by boxing star Evander Holyfield. The crypto banking company advertised its token AriseCoin has having raised over one billion dollars, and said in a social media post that it was acquiring two FDIC-insured banks, a transaction that never took place according to a SEC complaint.

“Because of the ongoing nature of the fraudulent offering and risk of asset dissipation, the SEC seeks emergency relief – including temporary restraining orders, asset freezes, and the appointment of a receiver over AriseBank,”

the SEC concluded, in an attempt to protect investors.

Another case of blatant false advertising and bad faith involves RECoin, once touted as, “The First Ever Cryptocurrency Backed by Real Estate.”

Among other things, REcoin’s founders allegedly misrepresented that they had raised as much as $4 million from investors, when they had barely obtained $300,000. The SEC also alleged that RECoin never made any real estate investments and “lured investors with false promises of sizeable returns from novel technology.”

The moral of these stories is that no matter how good it sounds or which one of your favorite stars is backing an ICO, you should rather rely on advice from a wide range of reputable experts than on the content of ads and company websites.

2. Don’t Forget to Do Your Due Diligence

Investors in Centra Tech were caught off guard when they found out the company CEO’s name and impressive bio were a fabrication, and that Visa had never agreed to back the Centra debit card.

Anyone who would simply search Visa’s corporate announcements or the CEO’s name on Google would have quickly been wise to the scheme. No matter how convenient and legitimate the offer may appear, and even if your favorite baseball star is featured on the ads, do not invest a penny without doing your due diligence.

After all, hundreds of people were fooled intro investing in Centra after they saw Floyd Mayweather’s enthusiastic (and paid) tweets about it.

Bitcointalk.org is an ideal starting point to exercise your due diligence.

When a company dodges this type of questions, it is not a good sign. To rule out foul play, you can search the forums for terms like scam, fraud, and pyramid scheme. Finally, look for messages from high-ranking, experienced posters for the most reliable tips.

For unbiased reviews of the ICO of your choice, you can visit Coingape.com, Icobench.com, Icoreview.site, and Cryptorated.com.

3. Consider the Company’s Tech Capabilities, Can They Deliver?

Company executives can tout their groundbreaking digital token technology all they want, but if they don’t have a team of developers with a track record in tech and cryptocurrency, their claims may be just words.

When all you have to go on is what people are saying, rather than what they are doing, things can get shady. Can the company prove in any way that it is actually developing technology?

Has it enlisted known experts? Are these experts or company spokespeople readily available to answer technical questions? Is there any actual coding going on?

If there are no satisfactory answers to these questions, then investing may not be such a good idea.

Some projects have only a white paper. Others have a beta version or some early version of the product already out on the market. Another sign of strength and reliability can be the involvement of a reputable cryptocurrency VC. Known crypto VCs, include FBG Capital, China’s Fenbushi, Singapore-based HyperChain Capital, and Blockchain Capital. To be on the safe side, cross-reference the company’s claims with the listed VC’s site and press releases.

5. Don’t Invest in Token Developments That Do not Respond to an Actual Market Need

What can the new token do that Bitcoin or Ethereum can’t?

Why is the project’s blockchain technology necessary?

What is it going to do that the current technologies can’t?

Any company advertising a new digital token should be able to confidently and clearly answer these questions.

One of the biggest challenges for would-be investors in any new market is proper valuation. ICOs have been known to inflate equity valuations on account of speedy growth expectations, but how much of that will remain once the bubble bursts?

The golden rule is to be skeptical of the valuation provided by the ICO’s issuer. Only an independent quantitative analysis can guarantee a realistic valuation of their project.

Beware of companies that antagonize the SEC and take pride in their unregulated, “outlaw” nature.

Regulators are only beginning to develop a framework to protect ICO investors, but companies focused on maintaining legal compliance have a better chance of thriving in the current scenario. Violators and companies that bend the rules too often are becoming a target for the SEC and other agencies, and their days are numbered.

8. Be “Craeful,” but Stay in the Game: “Crypto Market Will Be Much Bigger”

The crypto space is no longer the exclusive arena of risk-prone, tech savvy millennials. Now, voices coming from within established financial institutions are recommending ICO investments.

For instance, former JP Morgan executive Daniel Masters has referred to the rise of cryptocurrencies as a financial revolution.

For Masters, a proud Bitcoin owner since 2012, the “fight to the death between crypto and the USD/GBP legacy financial system” is an obsolete concept and the battle is now over “what portion of the total financial ecosystem accrues to cryptocurrencies.”

In his evaluation of ICOs as a manager of over $800 million in crypto assets, Masters is indeed “craeful.” He explains that less than 3 percent of ICOs that make an offering ever make it through his “multi-stage screening process.”

You can invest in ICOs as much as your heart desires; if your screening process is as stringent as Masters’, you are likely to reap the fruits of this unstoppable financial revolution.

Rob Herskovits, founder of the Herskovits PLLC national securities law firm, represents companies in the ICO and cryptocurrency space – those seeking counsel to comply with SEC rules as well as those alleged to have run afoul of SEC regulations. Call to learn your rights and options.  212.897.5410