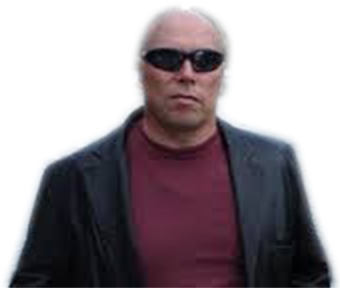 Jehu Hand, a California-based attorney has been found guilty of securities fraud and is now awaiting sentencing. Following his trial, which took place in Boston, the defendant could be facing  up to eight years in prison.

The federal jury found that Hand conspired with his two brothers to run a pump-and-dump scheme by falsifying documents. According to the evidence presented during trial, the defendant and his co-conspirators fraudulently obtained $1.5 million through the scheme.

Hand and his brothers allegedly misrepresented Greenway Technology Inc. as a company with tremendous potential, which was about to acquire lucrative gay-friendly hotels in California and Nevada.

According to its Bloomberg listing, Greenway Technology “intends to operate as Andalusian Resorts and Spas with properties located in Palm Springs, California and Las Vegas, Nevada. It focuses on providing luxury boutique hotel and resort chain catering to the various alternative lifestyles of men and women.” Greenway Technology is now defunct.

In the case of Crown Marketing LLC, the defendant misrepresented to potential investors that it owned rights to a lucrative technology in the controlled drug field.

Bloomberg states that Crown, “focuses on developing its controlled release technology (CDDT) and marketing nutraceutical products. The company intends to license CDDT to pharmaceutical companies, as well as to develop proprietary applications.”

The role of Hand in the plot to inflate the prices of Greenway and Crown shares was to falsify documents and write opinion letters with false information to be sent out to stockbrokers, misrepresenting the ownership and legitimacy of both ventures.

Hand allegedly used made-up investors to make fake stock purchases, using this and other strategies to conceal the fact that he alone controlled the companies.

Through these tactics, Hand and others managed to sell a large number of shares at inflated prices, causing massive losses to the purchasers once the stock plummeted.

The trial was a nasty affair, as Hand and one of his brothers tried to claim innocence and blame each other. Lured by the promise of a more lenient sentence, Learned Jeremiah Hand accused his brother Jehu of being the schem´s mastermind.

“When he was on the stand, did you see how, again and again, he tried to plunge the dagger in his brother’s back?” Jehu Hand´s attorney said of Learned Jeremiah during the trial. His pleading, however, did not move the 12-person jury, which found Jehu guilty after a couple of hours of deliberation.

Pump and dump schemes involve promoters trying to boost the price of a certain company´s shares by making false statements about its prospects. As soon as the stock has reached a sufficiently high price, the fraudsters dump their own (cheaply acquired) shares into the market to make sizable profits.

The way schemers get buyers for the stock is by claiming they have inside information about the prospects of a certain company, which will positively affect the stock´s pricing in time.

After the fraudsters get rid of their stock at a profit, prices plummet, and investors incur massive losses.

Rob Herskovits is a 20+ year New York securities lawyer with a national practice. Focused, along with the other Herskovits PLLC lawyers exclusively on securities law, Rob helps financial industry participants head off anticipated problems and minimize or eliminate the regulatory consequences for those targeted for enforcement action. 212.897.5410 or CONNECT ONLINE