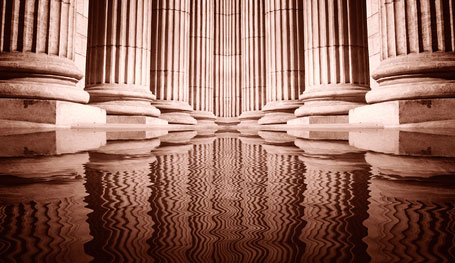 Following its broad ruling in UBS Financial Services v. Carilion Clinic, 706 F.3d 319 (4th Cir. 2013), the 4th Circuit has issued two recent decisions that somewhat lessen the impact of the UBS holding. In UBS, the court held that a customer of a FINRA firm is anyone “not a broker or dealer, who purchases commodities or services from a FINRA member in the course of the member’s business activities,” including “investment banking and the securities business.” But in two recent rulings, the Court refused to further extend that definition, enjoining two FINRA arbitrations in which claims were based on (1) losses resulting from bonds issued by a FINRA member where the claimants purchased those bonds in a secondary market transaction from an unaffiliated third party and (2) losses resulting from purchases of fraudulent securities that were recommended by an attorney informally associated with an advisor at a FINRA-member firm.

The Defendants in Morgan Keegan suffered losses in bond funds that were distributed and underwritten by Morgan Keegan (“MK”). The losses were allegedly in part the result of MK’s failure to disclose certain information regarding the valuation of – and risk associated with – the bonds. In enjoining the arbitration, the 4th Circuit noted that no contractual relationship existed between the Defendants and MK – the Defendants had not purchased the funds through an IPO but in a secondary market transaction from Legg Mason, a FINRA member unaffiliated with MK.

In rejecting the idea that the Defendants were customers of MK, the opinion emphasized that courts should be guided by the common understanding of a customer (one who purchases a commodity or service) when evaluating whether a customer relationship exists. The Court held that the contact between the Legg Mason broker and MK, including his review of marketing materials, was not sufficient to transform the Defendants into a customer of MK, even if the activity related to MK’s securities business: “The defendants cannot satisfy the common understanding of the term ‘customer,’ namely, of ‘one who purchases a commodity or service,’ by alleging merely a remote association with alleged misconduct falling within the general ambit of FINRA’s regulatory interests.”

The Defendants in Raymond James bought securities in Inofin, Inc. (essentially a Ponzi scheme), on the recommendation of David Affeldt, who was allegedly recruited for that purpose by his broker, Kevin Keough. Keough was a registered representative with Raymond James (“RJFS”) when the Defendants made their Inofin purchases, and when Inofin later declared bankruptcy, Defendants filed FINRA arbitration claims against Raymond James. Although the Defendants had no personal contact with Keough or RJFS, it is worth noting that according to the SEC, both Affeldt and Keough were soliciting investors and were in fact sharing referral fees indirectly through Keough’s wife.

Explicitly recognizing that investors often rely on the reputations of the entities with which they are dealing, the 4th Circuit nevertheless enjoined the Defendants’ FINRA arbitration. Noting that the Defendants did not have a single direct contact with RJFS (whether by holding RJFS accounts, speaking with RJFS representatives, or through contractual relationships), the Court held that even if some sort of agency existed between Affeldt and Keough, Affeldt had neither actual nor apparent authority to act on behalf of RJFS: “the investors made their decision to invest independently of any recommendation on the part of RJFS. To find a customer relationship in such a situation would impose responsibility on a company whose name was never so much as utilized to induce the investors to part with their funds.”

Together, these cases indicate that although the 4th Circuit is willing to take a broad view of what constitutes a FINRA-member firm’s “business activities” in analyzing the existence of a customer relationship, the court is NOT willing to impose arbitration by imagining a “customer” relationship out of indirect contacts that do not involve the purchase of a commodity or service directly from a FINRA member.