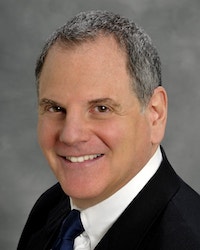 For over three decades, Bill has represented clients before the American Stock Exchange, the New York Stock Exchange, the Financial Industry Regulatory Authority (formerly the NASD), the United States Securities and Exchange Commission, and in criminal investigations brought by various federal, state, and local prosecutors. Bill has the distinction of representing witnesses during Congressional investigations.

In 2015, Bill achieved a significant award of approximately $1.5 million from the Securities and Exchange Commission on behalf of a whistleblower client, who was the first in-house compliance officer to be declared eligible under the rigorous Dodd-Frank exemptions.

For a number of years, Bill was a Series 7 and Series 63 stockbroker.

Bill is the founder/publisher of the BrokeAndBroker.com Blog, which was rated as one of the industry’s Top Eight Destination Websites and the leading legal/regulatory blog by Investment News.